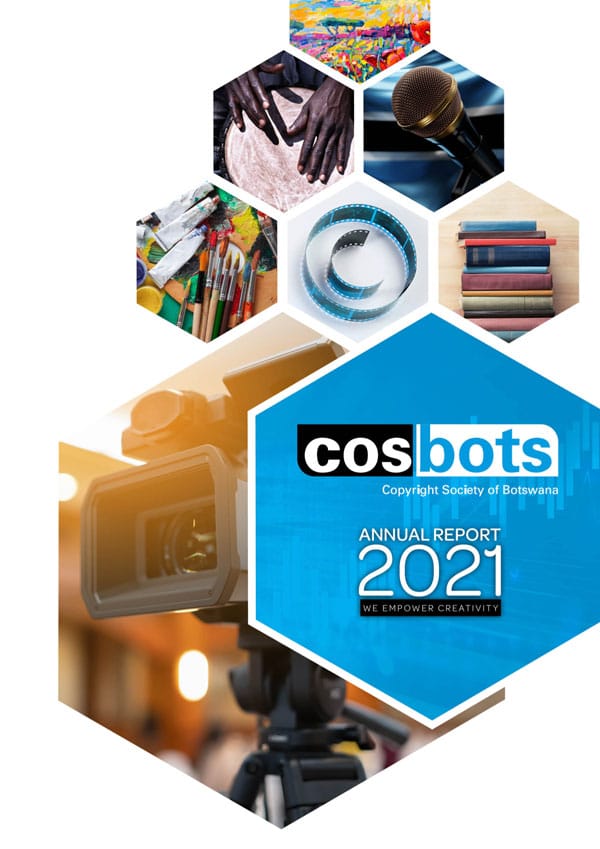 This integrated report presents the performance of the Copyright Society of Botswana (COSBOTS) for the period 1st July 2020 to 30th June 2021. Events that occurred after this period that are of importance are included in this report. The report outlines issues that relate to corporate governance and business operations and enterprise risk management as well as the corporate strategy and the business model. Included in this report, are the Chairperson’s and the Chief Executive Officer’s commentaries. 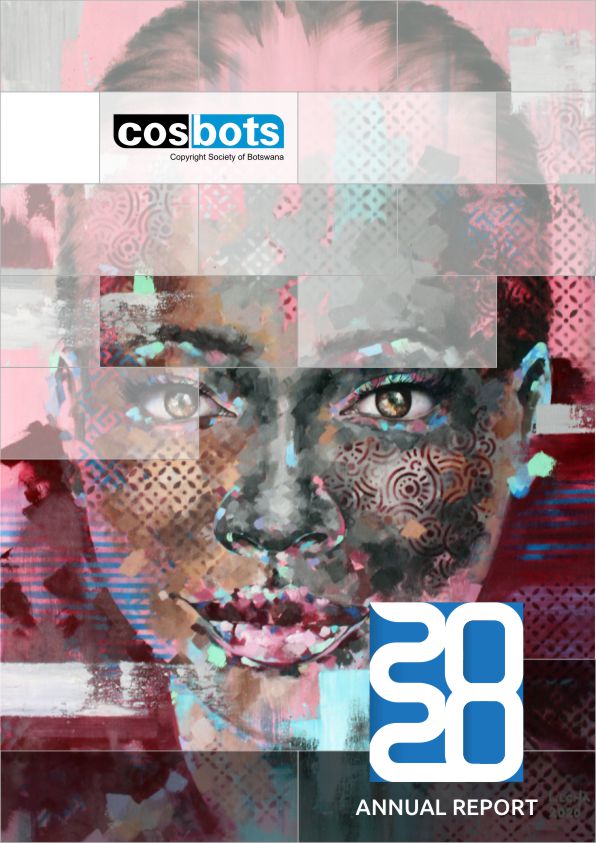 The report outlines issues that relate to corporate governance and business operations, Director’s remuneration and enterprise risk management as well as the corporate strategy and the business model. We have included commentary from the Chairperson and the Chief Executive Officer (CEO). During the month of August 2020, the Board reduced the number of committees from five to three. The roles of some of the old committees were consolidated into the duties and responsibilities of the newly for… Read More 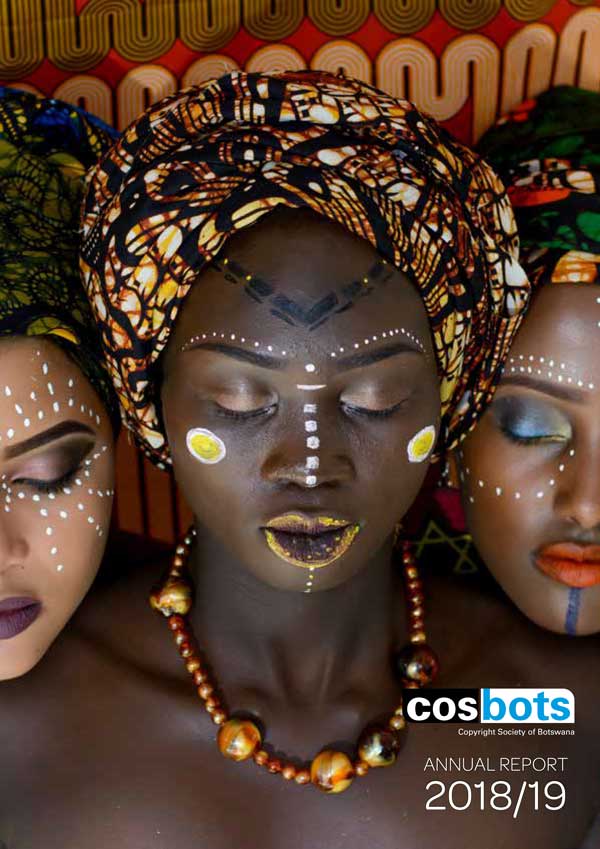 On behalf of the Board of Directors, I wish to thank all Copyright Society of Botswana Members and Users of copyright material for yet another successful year. The financial period 2018- 2019 provided us with the opportunity to know with confidence that great achievements are possible, provided that there is a concerted effort and collaboration among key stakeholders, which include, but are not limited to right holders, Companies and Intellectual Property Agency (CIPA) “the Regulator’, various Government institutions… Read More 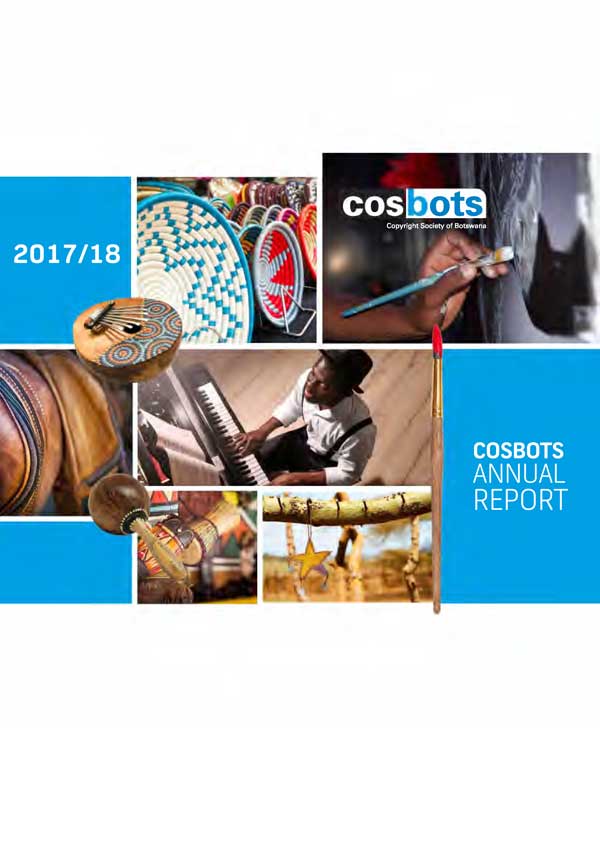 At the time COSBOTS commenced operations, the Board, Management and Staff that pioneered the company’s formation, known simply as the founders, formulated the vision and mission statements of the company as well as the values that underpin the organisations operations. Over the years these have been reviewed… Read More 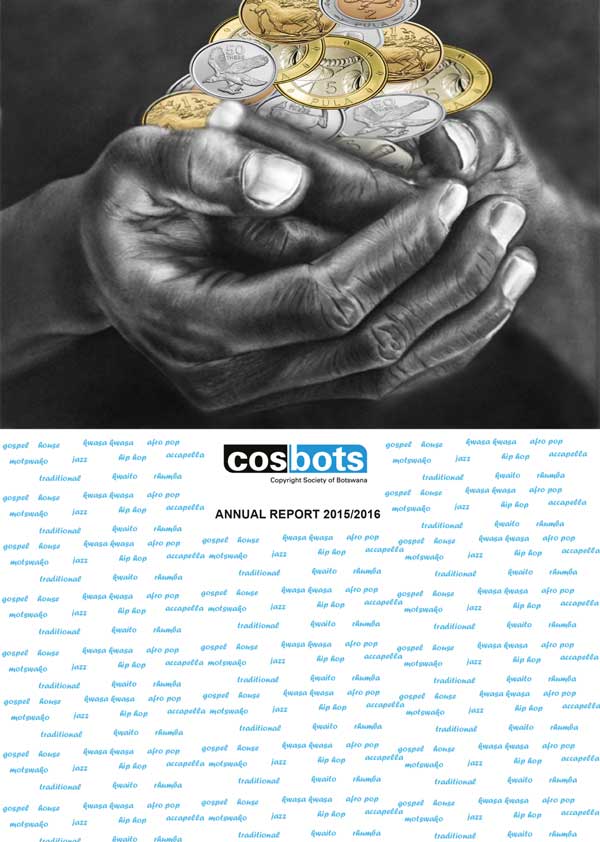 As with any growing entity, Copyright Society of Botswana’s (COSBOTS) continued growth and development has attracted new and larger challenges, some of which, if not addressed promptly, have potential to upset the achievements the organization has made since its establishment. It is therefore imperative that critical transformation takes place in order to answer to the growing demands of our collective membership… Read More 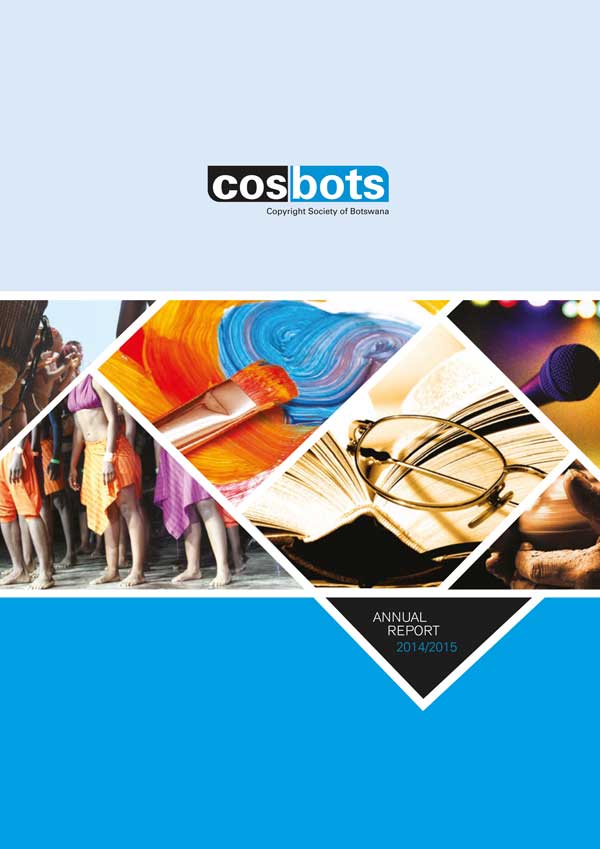 The Copyright Society of Botswana, (COSBOTS) continues to grow in leaps and bounds, albeit slightly slower this financial year compared to the recorded growth in the formative years. The Board, Management and Staff have continued to work hard together, not only to position COSBOTS as a professional organization focused solely on achieving its mandate; but have resultantly grown the collections of royalties and undertaken two distributions of royalties during the reporting period… Read More 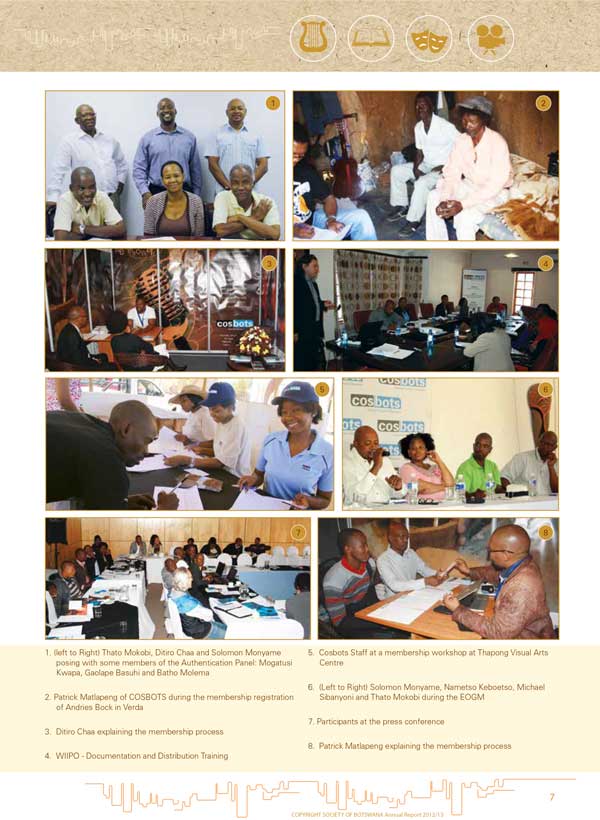 It has been an exciting but rewarding financial year, as usual with its pro’s and con’s, however by and large, the Copyright Society of Botswana has achieved significant milestones in the process to start up operations. The major challenges encountered were mainly in the areas of lack of awareness of the Copyright and Neighbouring Rights Act by the majority of ‘users of copyrighted works’, this is despite the media campaign that had been undertaken, which made it cumbersome and near impossible to achieve licensing, a process that begun in earnest mostly at the beginning of this financial year… Read More 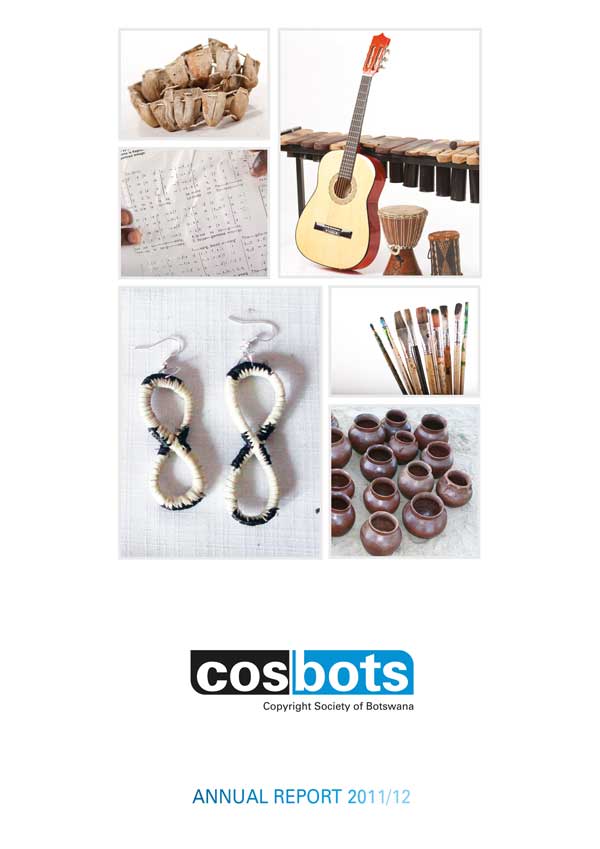 The creative industry/sector in Botswana; despite being in its infancy, can be considered a sleeping giant, that once awoken has the potential and capacity to assert its impact on the economy. Through visionary leadership, implementation of the newly amended Copyright and Neighbouring Rights Act, formulation of appropriate policies and putting into operation the Copyright Society of Botswana, (COSBOTS), finally facilitated the responsibility and opportunity to support and encourage creativity thereby creating progress and prosperity in this sector… Read More